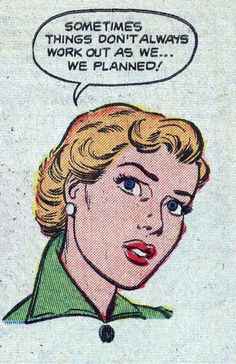 Ever feel like the more you want to change your life, the more it stays the same? Or, put it another way, life puts on the brakes when you’re ready to let loose and fly high. It’s like being stuck in a glue trap: still moving, going nowhere, struggling to get free.

I’ve been trying to buy a house since May. Not actual house hunting, wherein the breezy real estate representative whisks me through a dozen or so potential palaces or designer showcases that can be mine, all mine, for a little less than the asking price. I’ve been trying to purchase a house, located in a particular charming village and a drippy sneeze from its main street. But life and circumstances have prevented any quick purchase. I have the funds secure, the paint picked out, my friends ready to crash for the weekend …and yet the closing date eludes me.

Phipp’s wants to promote me. I don’t know if I want it. And why shouldn’t I? After all, it’s more money, better position, guaranteed hours…but is it what I want? Is it time to accept this is the best I can do? Or is there a lucrative career move waiting for me elsewhere? I don’t know. I’ve gone over and over in my brain both sides of the argument…and yet neither side seems to be winning.

I’ve been writing my head off. I’ve neglected my blog because I’ve spent a good deal of the summer on a chance. Tried to shape it the way an interested potential agent said she’d like to see it become, only to turn it down in the end. It’s not my first rejection, nor will it be my last, I’m sure. The list of famous authors with their endless string of rejections serves as a source of inspiration…and yet, will I ever get published?

And finally, there’s my divorce.

My 15th anniversary occurred recently. That’d be really nice, except the date brought on an awful lot of hollowness. What’s weird is I’m still living in the same house with my soon-to-be-separated husband and son. Not one word was mentioned about that scorching day spent in City Hall in front of the Justice of the Peace. We exchanged vows with only a couple of friends present, but then again, I didn’t want a big wedding. In hindsight, it was worth not spending much…and yet, part of me still wonders if I wasted my time with this man.

It’s an understatement to say sometimes things don’t work out as planned. But maybe that’s a good thing.

I’ve spent years working at small nonprofits, often isolated from the rest of my workers or the only one present. I’ve been a one-woman show in several positions, entrusted with the fate of the particular nonprofit I’ve kept alive, always successfully. I whittled down my full-time jobs to part-time, in order to be a better wife and mother, as well as nursing daughter to my dying father.

Writing kept me alive and became my faithful companion, especially when my husband fell asleep on the couch around 8:45 every evening. Sure, he worked hard, and still does, but often he’d rather not go out and do things on his time off. He’ll say I neglected him with my writing, and maybe I did, but there were plenty of times he locked himself in his office too.

Working at Phipp’s forced me out into the open. Being in retail means you have to speak with the public and store staff. You have to be patient, respectful and trustworthy. You become visible and a means to an end. Surrender who you think you are and be something you can’t define. And all the while, remember who you really are, deep down inside, and that you matter.

If nothing else, living through this stage of my life is forcing me to face myself. What am I made of? Am I a retail worker who defines herself as a person who gave up? Or is Phipp’s the place where I make new friends, start all over and finally free myself from the glue trap my life seems to be stuck in?

Only time will tell.

← Of Cesspools and Septic Tanks
Free Zone →
Follow Confessions of A Middle-Age Woman on WordPress.com