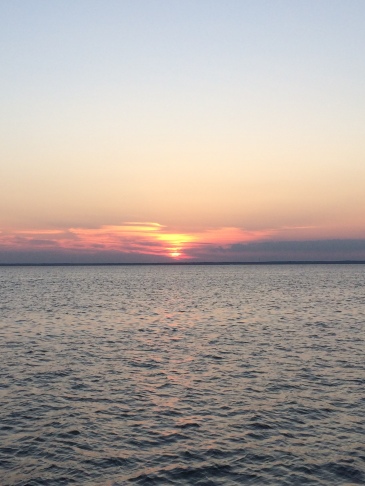 It all started when I glanced at those pictures on my phone. I have too many of them and I’d thought I’d delete a few hundred. This way, I’d have room for a few hundred more. There were so many pictures I had no use for anyway, like photos of something I thought about purchasing, or of a printer so I could remember what cartridges to get for it. There’s also plenty of photos of people I no longer recognize. Or events I’d rather forget.

Once upon a time, my ex and I shared the same phone plan, and they were set up in such a way that if he took a photo, it wound up on mine. And vice versa, of course. I have pictures of his family, meetings he attended and shots of Venn diagrams, an alpaca chewing on grass, a shot of the sea. There are a few of us together on vacation, smiling, laughing, seeming to have a good time.

I glance at these pictures, one by one, reliving bittersweet memories.

Those vacation shots trip up a memory much darker. It was our last time away. Although we visited beautiful, romantic places, not once did we make love, let alone kiss. Two weeks away and all we managed was to sleep in the same bed, without benefit of any other activity but sleep. I knew back then something was up, but I didn’t have the courage to say anything for fear I might not like the answer.

As I slide past the photos, there’s a whole series of shots devoted to a day trip into the city. There’s artistic shots of several museums, a gathering of people, flowers in the park. I remember that day well, a few years ago, though I wasn’t with him.

He told me he wanted to go off and do something by himself. I had no reason to object. He’d been acting strange over the past few weeks, complaining about his demanding work schedule and sore shoulder. An operation awaited him. I figured a day out might cheer him up. Sort out his brain and give him some loosening up time. We all need some breathing space, right? And anyway, I had to work that day. A special event kept me busy from early morning until well in the night.

I returned home late, expecting to seem him on the couch, his usual spot, dozing in front of the TV. Instead, I arrived in darkness. Several texts went ignored, as did a voice mail. That was unusual for him. He’d been the sort that if he expected to be late, he’d call. Thinking the worst, I waited up, even though my eyes fluttered shut. Somewhere after 1:00 am I received an angry text. He ran into a few coworkers at the train station. They went for drinks. He missed the train. Stop bothering, ok?

Not like him at all. Didn’t know what to think. Or rather I did, but chose to ignore it.

The next morning I had to return to the second day of the special event at work. On my phone was a picture of him in our favorite diner, smiling. When I asked him about it over breakfast, he said he was journaling the day. Even I didn’t believe it. Surprised he though I would. When I asked him what’s wrong, he barked we needed to talk. Really talk. But when he was ready. He was tired of me wanting to do things my way. Now we’re going to do things his way. Wasn’t sure what he meant by that, since I never stopped him from doing anything. Again, I was afraid to ask. Chalked up his grouchiness to a late night and perhaps his aching shoulder.

A few days later, he underwent surgery on his shoulder. Came through with flying colors. I accompanied him, of course. Took him home and set him up with bolsters on the couch. After a few hours, he complained of pains. Gave him something for it. He wandered off into his office, saying he wanted to listen to music. It didn’t take much for me to realize something wasn’t right. He’d been through surgery before. All he wanted was to be taken care of. Doted on and looked after. This time, I’d been the problem, not the caregiver. It almost seemed as if he could have me surgically removed, he would’ve.

Our marriage wasn’t doing well. We’d been through a lot of stress over the past few years. We endured an impossible domestic situation which I refuse to discuss, but it nearly cost us our lives. And no, it wasn’t either of us but a third party, indirectly related to us. Then his father died. I had to care for both my elderly and and frail parents, who also died. I had to give up working for a time. Though it all, it seems we lost track of why we married and what we meant to each other. I’d hoped that vacation would mend some of the split our marriage suffered. It didn’t.

So on that morning after the surgery, I picked up my phone, laying face down on my desk. Upon its screen was the face of a smiling young woman, pretty, short curly hair with pursed lips, tossing a kiss. Accompanying it was a message. “Feeling better this morning, sweetie?”

Damn our shared phone plan. It was a text from the Other Woman. On my phone.

To this day I can’t exactly explain how it got to my phone. But there it was. Here was the reason why he’d been acting so strange. Time stood still. My husband was many things, but he’d always been honest, up till now. In that instant, my married life ended. Too numb to do much else, I wandered over to him, sleeping on the couch, operated shoulder propped up on bolsters, and woke him. “She gets me,” was his reply, as if all the years we spent together meant I had no idea who he was. Clearly I didn’t.

Another quirk of shared plan allowed me to answer Other Woman from my phone. And I did. Told her she reached The Wife. Told her I could read all of her past texts. Pretty much laid out everything on my mind at that moment, none of it flattering. Other Woman replied all three of us should sit down and talk when he feels better. Sorry, but I can’t imagine that conversation ending on a civil note. I asked her where she’d been during the past fifteen years when I went to court with my husband to fight for the right to see his kids. To be there when his father ailed and died. To hold him in my arms as he wept, grieving, in the middle of the night. To drop everything and care for him through several risky surgeries. Encouraging him to go for that promotion. Putting him before me. And much more.

Other Woman replied once more she’d love to discuss this upon his recovery.

I wasn’t having it. From her or him.

I replied if she wanted to be with a man who cheats on his wife, then she was welcome to have him. Why would I want to remain married to a person who betrays his wife, especially after all we’d been through? Clearly he wasn’t the sort good enough for me, but perhaps he’ll do for her. Then I ended it. Left the room.

Later, he wiped Other Woman’s picture from our shared phone plan and the texts too.

Snapping to present, I glance at the old vacation photos still on my phone. I turn it off and toss it on the couch. I’m such a different woman now. It took a while, but now I realize I’m better off without him. For all sorts of reasons. Bit by bit, I’m clawing my way back to my own life. Sure, I’m a salesperson at Phipp’s, no longer the executive I once was. I lack the money I once had for independence. And forget taking a vacation. No resources available for that. There’s no point in remaining in a marriage whose purpose no longer exists. But there’s plenty of reason to forge ahead as a single woman once more, especially when I’ve rediscovered what it means to be true to oneself.

And I swear I’m going to remove those photos from my phone. One day soon.

← Fear of the Unknown
Club 57 →
Follow Confessions of A Middle-Age Woman on WordPress.com