Take a look at the above picture. I snapped it on my phone one day when the skies were glorious. It’s in the Hudson Valley, where I live, and in my opinion, one of the most picturesque places in the country.

What makes this a wonderful place to live is one doesn’t have to drive far to see something spectacular. The Hudson River is magnificent. From the Palisades near its mouth up through and past Albany, the landscape is amazing. Mountains guard its sides. Occasional islands peep through. Historical houses and even West Point dot its banks. And the lakes – many, of all sizes, are scattered throughout. Forests of oaks, maples and birches, with pine, ash and hemlock thrown in, color the landscape with stately summer green to fall’s riot of colors.

I always loved it here, even when it wasn’t home. New York City was, for years. Until I married. My husband didn’t care for the city much, so we moved up here. Trains are plentiful and commutes are common. Though my heart wasn’t in it when we first set up house, I grew attached to the rhythm of the seasons and the beauty of this place. After long, I couldn’t imagine living anywhere else.

But unlike New York City, the job situation here isn’t as great. Sure, there are people who’ve done well for themselves. And there are international companies here too. I didn’t think about that much when we moved. Because we were starting a family, I took a job that paid less than half of what I was earning in the city. It had its benefits, and I we got used to the pay cut. Then when the kid came along, I went part-time. When my parents started failing, I worked even less, until not at all, so I could care for my father. After he died, I discovered my city experience didn’t count for much. Too much time had passed. Took a freelance position knowing it would end, but also because it added something to my resume instead of just sitting home.

Along with working and trying to be the best parent I could, I also tried to be the best wife too. I wasn’t perfect, but neither was he. Parenthood and tending to dying parents will strain the strongest of marriages. But a longish commute for my husband, coupled with his own health ailments and his inability to openly discuss why he felt unhappy only added to the strain. His daily ritual of falling asleep on the couch and not coming upstairs to bed until 3:00 am made me feel unloved and deserted. He’ll tell you that I left him on his own. That I chose writing over him. That I always did what I wanted to do and he never had a chance to do what he wanted to do.

There’s some truth to that. When my husband met me, I was happily employed in a creative industry – the performing arts – and went to school for music business. I was a musician and a writer, ecstatic that I’d been able to find a job that used both those skills. I gained something of a reputation and was invited twice to share those talents internationally. Creating was not a choice for me. It was and is as necessary as breathing. When I can’t create, I feel lost. This need to create often leaves me absent-minded. But I wouldn’t call it neglectful. It’s just who I am.

He also was incredibly creative. Had an amazing imagination and a real eye. But instead of dropping everything to partake in his art, he chose to repair things around our house. Yes, it needed help. A lot of help. But what difference would it have made to not paint that living room or kitchen for a weekend? Or fix a squeaky door? Everything around the house needed attention now, according to him. We missed out on parties. Hanging out with friends. Hell, making friends. And we missed out on us. Let me tell you, there’s nothing like going to Lowe’s on Valentine’s Day to get a part for something instead of doing something romantic. Anything. Or going away for the express purpose of having a romantic getaway and being too tired for romance.

After he chose to leave me, I lost my freelance job shortly thereafter. Phipp’s was the only place I found a job – the only place that would have me – as I struggled for three years to find a salaried position that offered health benefits. I went on interview after interview. None worked out. I’d drive to places like the one pictured above, seeking solace. I took pictures of them and kept them on my phone so in weak moments, when I ran to the bathroom to cry, I could remind myself why I moved here.

Reflection in a pond 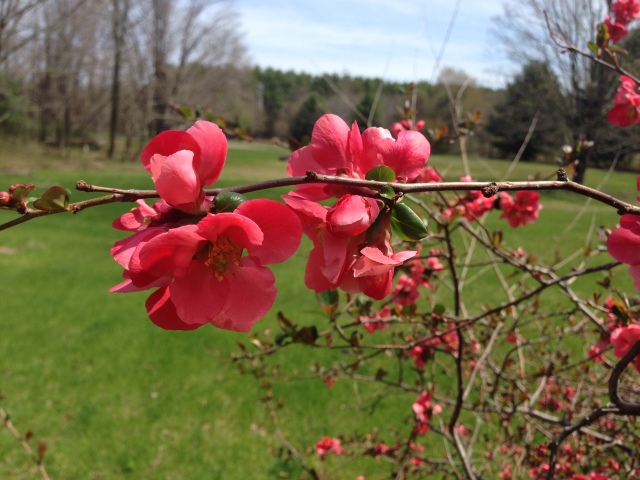 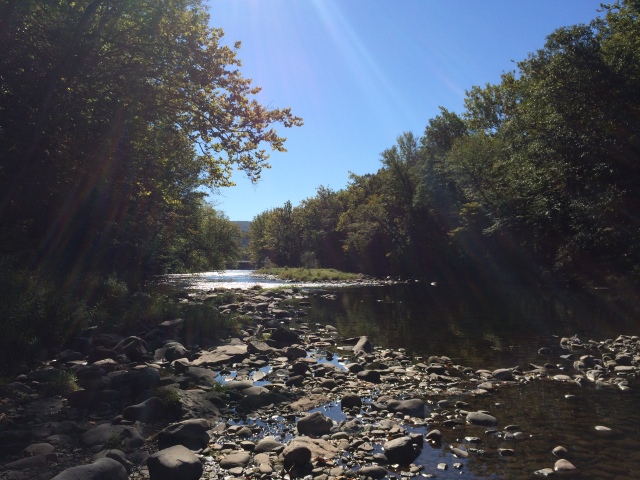 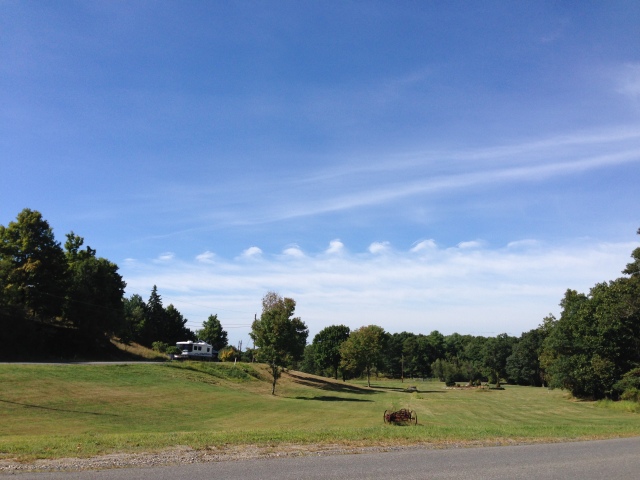 Early autumn afternoon atop a mountain

As you can see, I love nature, especially as it’s found in the Hudson Valley of New York. It offers warm, comforting solace to those who seek it, especially when life has not been kind and times are challenging.

Today, though, was not one of those days.

Today, I shook my boss’ hand and said goodbye. I gave hugs to those with whom I worked and shared my heart and cried my tears. Laughed when we messed up and rushed to cover our mistakes. Bit our lips over the rudeness of customers and threw kids out that dare mess with me. Opened too many boxes to count, rearranged shelves to hold what product came in, damaged out those goods clumsy customers broke.

My days used to begin with a pit in my stomach, reminding me how little I thought of myself because the only job I could get was in retail at a shade above minimum wage. Spent the first few hours of my shift barely holding back the tears. Counting the moments until my break, then lunch, then another break, then home.

Today, that ended. For good.

Today was my last day at Phipp’s.

Tomorrow, I begin my new job at the arts advocacy agency. There, I’ll spend most of my time writing all sorts of copy, engaging artists of all disciplines, applying for grants and traveling around this section of the Hudson Valley to promote all sorts of events and the artists that present them. I’m pretty much picking up that part of my life that I loved when I lived in New York City and transferring it here.

I was alone then, without a child or a husband, just like I am now. But I met him because I widened my circle of friends and said “yes” to about every invitation I received. Now, I’ll be doing just that again.

And who knows who I’ll meet? But I will meet him.

And maybe, this time, we’ll stick together, for good.

← Resignation
The Shadow Self →
Follow Confessions of A Middle-Age Woman on WordPress.com