The Revenge of the Green 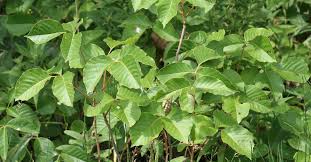 So during my last post I extolled the virtues of green. And not just colors, but things and everything really nice about my favorite color.

Alas, as with every good thing, there’s a flip side. An evil flip side,

I like gardening, especially when the weather turns nice and the sun shines. My house lies under several old tall trees, and when the sun raises high in the sky, it provides nice shade. If I time it correctly, my outdoor work is shielded from the brightest rays throughout the day. Instead of getting all sweaty, I’m cool and comfortable.

After clearing out my back yard a few weeks ago, it rained. Not just water from the heavens, but those annoying little helicopters from maple trees. My backyard hasn’t had a lot of luck sprouting grass, so those bare patches played the perfect host to a future maple forest. Within days every single empty space now sprouted maple seedlings. Oh, they looked innocent enough. Just two little leaves on a spindly stem. But I knew they were conspiring to hatch a diabolical plot to take over my humble patch of earth.

Along the fence grew some other sinister weeds that shot up overnight. These unnamed weeds (I seriously don’t know what they are) brought along a few of their friends. Dandelions joined in the fun. Snakelike, poison ivy crept low, slinking between the anonymous weeds, just waiting to pounce at the right moment.

Last autumn I went all nuclear with the anti-poison ivy spray. Killed the lot of it – or so I thought. PI put on the possum act – played dead, only to revive itself when I wasn’t looking. See, PI’s in it for the long game. Sure, I’ll go along with your self-defensive act, it says, and I’ll play along and pretend I’m dead. Only I’m not. I’ll come and get you, my little pretty.

I was determined to rid my back yard of unwanted invaders. Slipped on my thick garden gloves. Wore long sleeves and pants. Socks and gardening boots. Yanked every single thing that didn’t appear to be grass, the dying jonquils, two groups of plants I inherited with the house and still have no idea what they are, day lilies, a boxwood and lily-of-the-valleys. Then I mowed the lawn, rubbing out those nervy maple seedling with one pass of the blade.

The front lawn received the same treatment, except it’s in much better shape (it has grass all over it) and pulled a few more weeds here and there. Before long, I had three bags of waste I put in front of the house for pickup. One last survey of my property later, all seemed well and order restored.

That night, as I watched “World On Fire” on PBS (the last one until next year – dammit!), my wrist began to itch. Too glued to the action on the TV, I scratched it. Then the back of my hand felt itchy too. And arms. Didn’t really think much about it and went to bed.

Woke up the next morning and there it was. In some spots, it was a singular red bump. In other places, an entire blistery red patch appears. I let out a huge sigh. Yep. Poison Ivy.

Honestly didn’t see it anyplace. Yet it must’ve been everywhere. How else to explain the rashes? Of course, I destroyed the evidence, but I know it’s waiting another opportunity to slip its shiny poison-laden leaves through the earth and hide within the blades of grass or behind the cover of a shrub. There it will wait until just the right moment, when I, once again, will appear in close proximity. AH HA! The poison ivy will declare, and slide its oily allergen along my flesh.

This time, however, I’ve got a plan. No longer shall I suffer the pains of attempting to create the perfect garden and accompanying lawn. No sir. Not me.

← Shades of Green
At A Loss… →
Follow Confessions of A Middle-Age Woman on WordPress.com